The New York red sun I

Empire the Sky is the Limit 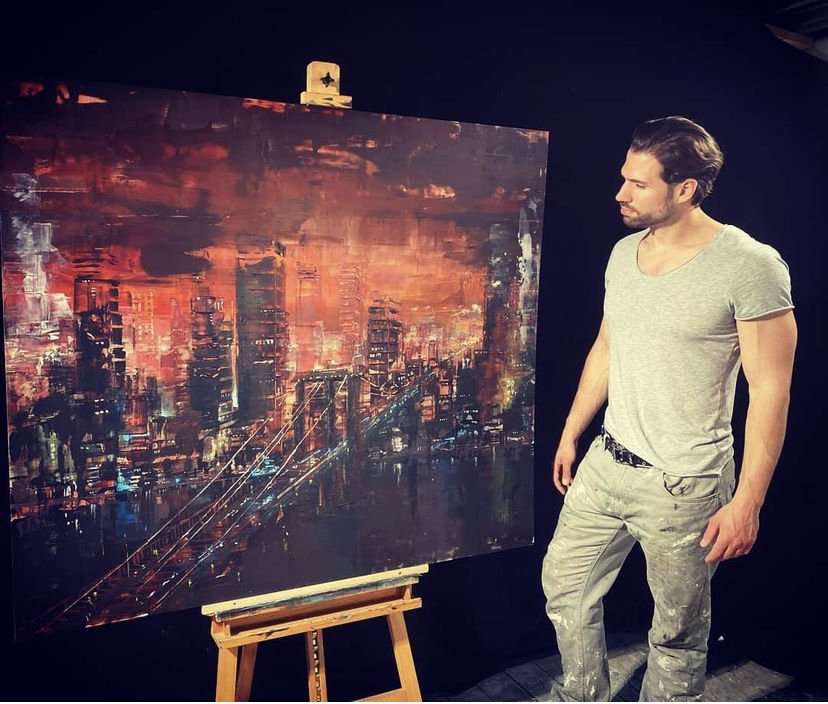 Martin Koester is a young and very gifted artist that captures cities’ atmosphere at dusk in an exquisitely expressionist way.

Like a photographer he is able to depict and fix the precise instant when the day gives way to the night while restaurants and shops light up and cars' headlights create a friver of lights through the busy trafficked streets.

For Martin Koester each light that cuts open the imminent night’s dark brings stories, tales and secrets of the people who walk and live the night. Inspired and enchanted by the power of lighting, the artist transforms it into art.

To get the right city’s vibes, Martin draws the first sketches “en plen air” from one of the tallest skyscrapers where he tries out to fix the atmosphere, and all its shades. He also takes countless pictures.

Back to his minimalistic studio, he arranges all the sketches and pics just in the middle of the loft and he starts drawing and painting. The walls are packed with all his previous works so that when the new painting echoes the same feeling of the hanging ones, Martin knows that it’s finished.

What’s amazing is that, even if New York’s skyscrapers aren’t so different from Singapore’s buildings, especially during the night, the artist manages to portray and convey each city’s soul. Looking at them is like being there and the public can easily feel all the differences between the depicted cities.

Born in Hanover in 1988, Marin Koester studied Art at Leibinz University. He began his artist career just after graduation, immediately spotted by gallerists and art advisors. Worldwide exhibitions were not long to come with personals in New York, Moscow, London, Toronto and many European cities.