The Death Of The Wise 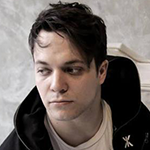 Mirco Campioni he is an energetic and experimental artist, father of an art able to represent our time in a simple way.

His expressive medium is painting, a hyper-realistic painting on large canvases, influenced by the masters of the Renaissance, classicism, Pop Art and Man Ray.

His subjects draw on his life, childhood and studies, bringing into art the darlings of comics, the stars of American cinema, the masterpieces of art and literature.

Among all stands the Stormtrooper, the character of the Star Wars saga who has become a kind of his alter ego, elected as a symbol of our time, to whom he entrusts the message of his art: to get out of anonymity, to flee from mediocrity, to live fully.

The Stormtrooper, but also all his other characters, Wonderlisa, The Vitruvian Man, the Child with a basket of fruit, they represent the victory of man in daily battles.

Combining contemporary pop culture characters with the great masterpieces of the past means celebrating the human race, its history and its victories, giving viewers a message of trust and hope. The victory of mankind.

The art of Mirco Campioni it is a new humanism which, in a digital, evanescent and connected way, contrasts the moral strength of man.

Born in Bologna in 1985, Mirco Campioni he is an artist, musician and tattoo artist. He has exhibited in important group and solo exhibitions, winning numerous awards.