Forest of the Fairies

Straw in the Sun

Cypresses in the morning in Chianti 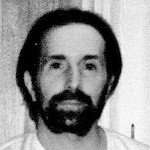 Francesco de Panis (Genoa 1949) is a poetic and refined artist who, with his vivid and masterfully executed oils on wood, tells the beauties of the Tuscan countryside.

Always faithful to the figurative, now back in vogue after years in which it seemed to have been forgotten, it takes us for a walk along paths protected by rows of cypresses, hills made blonde by the expanses of wheat and splendid farmhouses that immediately make us think of lazy afternoons spent sipping Chianti and listening to the voice of nature.

His paintings manage to be extremely realistic - you really have the feeling of being in Tuscany and, at the same time, imbued with lyricism and impressionist magic.

Not for nothing, after the Academy of Fine Arts, he moved to Paris, reviving the splendid tradition of the "les italiens de Paris". De Chirico, Massimo Campigli, De Pisis who, in the 1930s, left Italy in search of fortune.

In Paris, Francesco De Panis, meets PM Laurent, heir to the great French Impressionist tradition. She worked with him for two years and was inevitably influenced by him.

Back in Italy, he devoted himself to the study of simultaneous contrasts and complementary colors, soon reaching a technique capable of amalgamating precision, fluidity, brightness, compositional balance and transparency.

Francesco De Panis he has been the protagonist of prestigious solo shows in Italy, Germany, Spain, Switzerland, the United States and Venezuela as well as the winner of authoritative awards.

His works enrich important collections in Italy and abroad