Tobias and the Middle Rhinoceros

Tobias and the Little Rhinoceros

Gaia and the Whale (Resin)

The Weight of Suspended Time Hippo

Gaia and the Whale (Bronze)

Emma and the elephant Mini

Emma and the Little Elephant

The weight of suspended time 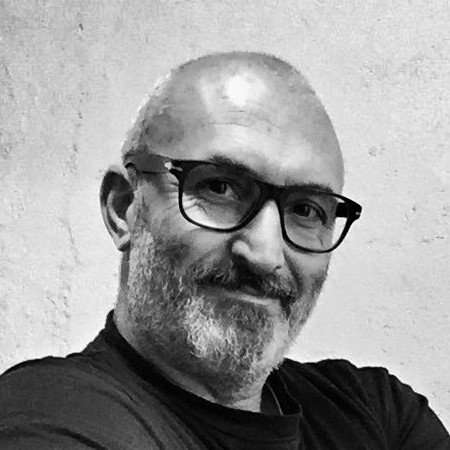 With his signature blend of childish and shamanic soul, Stefano Bombardieri unroots huge rhinos from their natural environment and transform them into massive fiberglass floating sculptures.

Hanging on textural tie-rods that recall the Objective Art movement, his subjects float between earth and sky, trapped in a stirring and composed immobility. Fiercely waiting for their destiny to be unfold, for good or bad, they just want to know where this will lead them.

Lots of people read Stefano Bombardieri’s artworks as a warm appealing against animal extinction. Especially after his enormous exhibition held in Pietrasanta - Animals Count Down- where each sculpture had a timer showing each species’ still living animals.

The environment-friendly implication, however, is just a consequence because, actually, Stefano Bombardieri’s artworks speak about mankind.

His huge animals symbolize and portray humans, let freeze and hanging in a timeless and spaceless dimension by life’s unpredictable events. Like in children fairy-tales, Bombardieri’s rhinos deeply investigate men’s souls using animals as a metaphor.

Along with Rhinos, whose series name – The Floating Time’s Weight- is enough to be the artist’s keystone, Stefano Bombardieri sculpts also sumo wrestler, trucks, human-faced gorillas and heavy whales dragged around by tiny girls. Whales depict childhood’s fears and desires, a huge existential weight everyone has to deal with.

This resulting psychoanalytic zoo is inspired both by childhood memories and everyday life. Rhino series, for example, was suggested by Fellini’s movie - E la Nave Va – where a huge lovesick rhino is being lifted and loaded on a cargo ship to the USA.

Stefano Bombardieri sees and uses art as a medicine to cure human souls shattered by life’s ups and downs. Those ups and downs are pictured by his sculptures’ lights and shades that, once showed to the public, have the power to heal the wounds and hearts of those looking at them.

Son of Remo Bombardieri sculpture, Stefano grew up in his father’s studio, hungrily learning all his secrets.

Along with Galleries, he loves exhibiting in public spaces such as squares and gardens where his artworks can blend with the urban landscape. He staged huge installations in Ferrara, Bologna, Saint Tropez, Portofino, Milano and in his beloved hometown, Brescia.

In 2009 his sculptures flooded Pietrasanta chocolate-box square, in a personal exhibition called “The Animals count down”. He took part in 52nd and 54h Venice Biennale.

2021 was the year of a unique personal exhibition in St Petersburg’s contemporary art museum.

All his monumental sculptures, all fiberglass made, have also small size versions always snapped up by collectors that, along with gallery owners, are crazy for his artworks. Art critics unanimity agree that he is one of the most prominent artists both in Italian and international art scenario.

Experts strongly advise on hurry up buying his artworks before the prices will rocket.