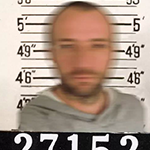 After years traveling the world aboard his motorcycle and on foot, he settles down in French Riviera and start making art.

Critical of a society obsessed with consumerism and aesthetics, he decides to create sculptures using the emblematic material of waste: plastic.

Depicted in a slightly retro guise, they pose moral questions about man, his myths and his values.

With cynicism, Rice it represents the slow extinction of what is a child, innocent and pure, in the name of exasperated beauty, hyper-productivity and unsustainable rhythms of life.

How Baby mouse, emblem of joy and happiness, suffocated and hidden by metal sheets from which only a paw protrudes. Or he drowned in barrels of oil, a symbol of the pollution of the planet.

Compositions of colored balloons play with the French expression "tu me gonfle" (you got me fed up), to scream at the world the anger of those who do not feel in tune with modern society.

A bit like Rice himself who, having retired to a delightful multi-ethnic district of Nice, amidst somewhat decadent colonial-style buildings and a mix of idioms, lives a bohemian life in the midst of his creations.

Because in the end, and this is his message, what saves from the ugliness of beauty at all costs, are precisely creativity, colors and shapes.